Liu Xianwen  刘显闻 , author of several remarkable books introducing US history and culture to Chinese readers, is now a visiting scholar at Harvard.  I met Liu Xianwen when I was working at the US Consulate in Chengdu during 2007 – 2012 — one of the many remarkable Chengdu writers I met then.

Liu wrote  America From Toleration to Greatness, an overview of the development of US 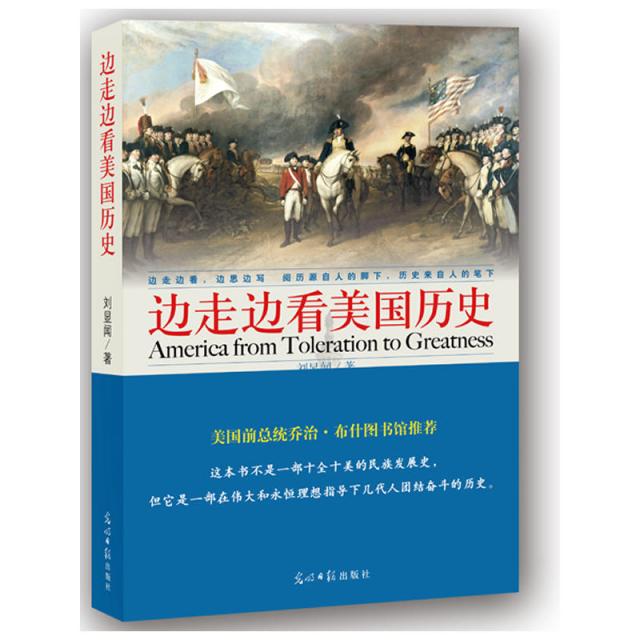 political and civic culture, a Chinese translation of selected writings of General Joshua Chamberlain, and a book on the D-Day Landings and the Liberation of France. Liu’s books are well written and illuminating.  Even his book on D-Day had to face adjustments by the censor.

Whether you might consider him a scholar of a popular writer working hard at metamorphosing into a scholar, I find him impressive.

Recently Liu Xianwen met Harvard President and Civil War historian Drew Gilpin Faust.
Reaching a better understanding of the United States, its politics and culture will be an important concern for China’s rising generation.  The same is true for Americans and China.  The effect on China of a rising generation much more familiar with the US and other developed countries will make a difference, just how much of a difference and what ways is not yet clear.  Certainly this is a preoccupation of the Chinese Communist Party.

After retirement translated，with wife Jessie, Liao Yiwu's 2019 "Bullets and Opium", and have been studying things 格物致知. Worked 25 years as a US State Department Foreign Service Officer including ten years at US Embassy Beijing and US Consulate General Chengdu and four years as a China Analyst in the Bureau of Intelligence and Research. Before State I translated Japanese and Chinese scientific and technical books and articles into English freelance for six years. Before that I taught English at Tunghai University in Taiwan for three years. And before that I worked two summers on Norwegian farms, milking cows and feeding chickens.
View all posts by 高大伟 David Cowhig →
This entry was posted in History 历史 and tagged book, China, culture, Harvard, history, literature, movies, U.S.. Bookmark the permalink.